Teen Movies- Why Are They So Popular? 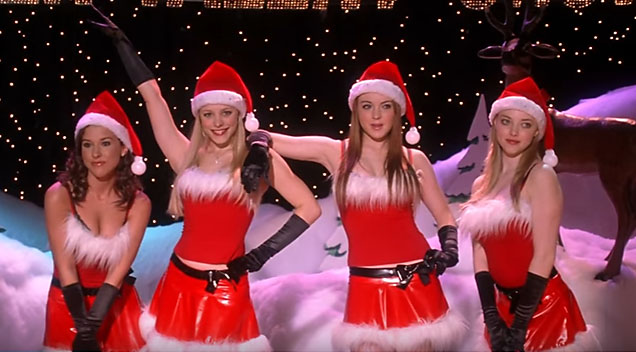 Movies and TV shows that typically attract teenagers are those that feature them and their lifestyles. At least, that is what they seem to include; however, if you look deeper into the media’s portrayal of teens, you might find that the girls and guys you see do not look anything like the students of a regular high school. Well, maybe there are exceptions to that statement – some high schoolers do look older than their age might suggest. For the most part, though, the teenagers of film look much more mature and glamorous than normal teenagers do. Why?

To put it simply, they look older because they are. The majority of TV and film teenagers are actually portrayed by adults ranging from 20 to 30 years old. There are simple reasons for this, but also reasons that are complicated and possibly unethical.

The main reason that actors much older than 18 play characters that are 18 years and younger is due to child labor laws in the United States. While several states do not enforce child labor laws in entertainment, many states have a maximum number of hours per week that children under 16 years old can work in entertainment. To avoid lawsuits entirely, film studios avoid hiring actors at which the laws are directed.

Despite this reasoning, the case is not truly solved. While I can understand why studios might shy away from legal trouble and hire older actors, I cannot understand why they would hire 20- and 30-year-olds instead of just sticking to a closer age range.

This can be a large problem for TV shows with multiple seasons that are filmed over a number of years, but only canonically span a year or two. Even if the first season was filmed when the cast was 18 to 20 years old, the same cast will continue to mature over a few seasons when their characters do not. When Riverdale began filming in 2016, Camila Mendes was 22 and playing 16-year-old Veronica Lodge, but as the cast is working on their fourth season, Mendes’ character is nearly the same age, but Mendes is 25 years old.

One of the biggest problems with a 25-year-old playing a teenager is the erasure of normal teenage development. Teen flicks show teenage girls and boys with perfect skin and developed bodies, but in reality, the average person is not at that stage when they enter high school. They may not even be at that stage by the time they leave high school. Unrealistic portrayals of teenagers in TV and movies changes teenagers’ standards of their own bodies – they wonder why they are not as perfect as those they see in movies. This has led many people to the conclusion that studios will not hire teenagers because they show signs of development – acne, weight fluctuation, slow growth in certain areas – that are not considered attractive by inflated standards set by the media.

When teenagers see themselves represented on TV by actors much older than them, their self-confidence wanes dramatically, causing a higher standard for what is considered attractive, the tabooness of pimples and changing bodies, and the idolization of beauty that is basically unattainable for them.

Besides this, most shows and movies are not great representations of the average teenage lifestyle. Someone going into high school whose only opinions on it stem from films’ representations of that age group, might assume that they need to follow the set expectations of falling into one of two groups: people who party every weekend and people who do not.

Movies and TV also create stereotypes of people and the way they live. For example, one might assume that “jocks” and “popular people” must spend all of their free time having fun with friends and cannot earn good grades, but “nerds” never do anything fun and earn perfect grades. On that note, it is possible to be successful in nearly any field, no matter the classes one takes while in high school. Stress and mental health issues are not a sign of the great payoff a person will have in the end; they are not necessary for achieving big dreams.

On a completely unrelated note, I am not certain that I have seen a high school drama that actually follows normal school rules. I will not dig into the Homestead dress code, but assuming that it is typical of most schools in the United States, the movies portray school life incorrectly. Similarly, the amount of time that I see students in class at school is very short. Oftentimes, they are shown in class for a minute or two – when a major plot point is involved – but are never seen studying or doing homework outside of school. This makes it seem as though following school rules is unnecessary and abnormal.

Also, the amount of money that a given teenager in a movie has is incredibly unrealistic. Stereotypically rich characters with giant walk-in closets and an unlimited credit card that they can use at the mall each weekend can cause real people who cannot compare to them to feel ashamed of their financial status. Have you wondered why one particular character dresses their best every day and never repeats an outfit ever? That is because they are in a movie and are wearing costumes that they did not have to buy. Of course, I am not saying that movies should stop using costumes, because that is unrealistic and also not how movies work. I simply want to clear the air on a topic that frustrates me.

All in all, many teenage-centered films and shows can be enjoyable to watch. They inform audiences of the continual strife of teenage life and show how to make the most of the bitter five years one spends as a teenager. However, it is important not to take these portrayals as an absolute truth, because many of them attempt to seduce their viewers into believing all teen lives are one and the same. Next time you grab some popcorn, sit on the couch and turn on Mean Girls, think about what the movie is trying to make you think about your own life. And most importantly, never feel obligated to dress and act like the teens on screen. Everyone has a right to individualism.