Stories Behind the Rules 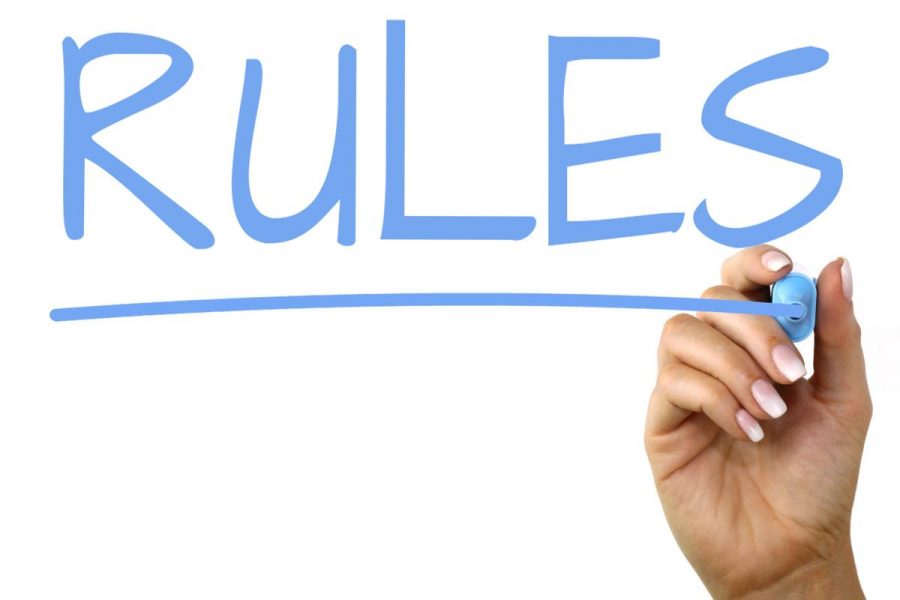 The student handbook is the hidden backbone of the school. It gives basic guidelines on how students should conduct themselves, and the essential rules and policies of the school. It is important and deserves more attention than it gets.

All importance acknowledged, some people just believe some rules shouldn’t be in place. A frequent topic of discussion related to the matter is the dress code.

“I think it’s more restrictive for the girls because the shorts, skirts, and dresses have to be a certain length. The girls’ dress code has many more stipulations than the guys’,” Sarah Finnicum (10) said.

The restrictions do not stop there, as shoulders are not allowed to be shown under the circumstance that “the boys will be distracted.”

“The dress code should allow shoulders and leggings, because boys will be distracted, with or without a shoulder. Clothes are one of the many ways girls can express themselves,” Lucy Hill (9) said.

The school handbook enforces what is called a dress code check, which entails the teacher to check each student for any infractions of the dress code.

“I think the dress code check is unfair because it embarrasses the class and the individuals that stand up in front of the class,” Hill said.

The concerns with the rules don’t stop at the dress code. Another topic discussed, and a rule often broken, is the cell phone policy.

“The phone rule, that when it gets taken away, your parents have to pick it up the next day, is annoying,” Finnicum said. “Not everyone’s parents can pick it up after school or the day after during school hours because most likely, the student’s parents are at work and can’t.”

The phone rule specifies that if the phone is taken away on a Friday that the students will not be able to pick it up until Monday. Unfortunately, this rule also applies to Spring Break, Fall Break, Flex Days and all the other breaks- meaning if you lose your phone before a big break, you won’t get it back until the first day after the break (or in the case of a Flex Day, you could just show up, unless school is completely canceled). Although the logic in the rule is acknowledged, it still does not sit well with the students.

However, the part that creates the divide is how the punishment is carried out in certain situations.

“I get that the staff is trying to crack down on students using their phones in class, but is there really a purpose of keeping it until the end of the next school day? No, because it just causes problems for the parents and the student,” Finnicum said.

Technically, the school has already stated they have gained the right to retain your phone because they’re an institution providing you with education and food, so their roof, their rules. But students believe maybe it shouldn’t be so extensive and could be changed to not stay over the weekends and over breaks. One day is understandable, but in certain cases, the way it has played out has not been anything close to favorable.

While some people believe the school handbook is pieced together by Homestead’s staff and faculty alone, that is not true.

“The handbook is evaluated and amended each year by the Admin team, with input from stakeholders, and then discussed by the Board of Education and approved or amended there,” Park Ginder, principal, said.

Contrary to popular belief, students also have a say in the creation or amendation or a rule, albeit minor.

“I’ll have students from time to time through sociology classes that we have, who will invite me into the class, and they will go through and dissect the handbook,” Jeff Kintz said. “I will have some parents email me about certain rules, on whether to explain them and/ or say they are too vague. I meet with the parent club every year and I allow them to go through it and ask questions about it and/or make suggestions for our handbook.”

Some students think that this is not enough, that they need more of a say in the way things are made, or that their parents should be able to do something more than explain how a rule is too vague and hope it gets changed.

“I would appreciate if they incorporated the student body a bit more so we could completely understand some rules or changes,” Brycton Vollmer (10) stated. “Some of the punishments can be inconvenient for both parties at times, like the school having to keep so many phones at a time. We need to establish a middle ground.”

“I would appreciate the ability to change rules. If there was anything I personally would change, I would change the way tardies are enforced; sometimes those detentions can really come at bad times, I’ve had detentions intervene with important family matters before. They could probably do something like make you show up for a flex day, or have you choose what day you’ll have detention on. There are a lot of rules that sometimes just don’t work out in the students’ favor,” Vollmer added.

“I understand the faculty’s intention is good, but sometimes some of these rules can be strict or inconvenient, not to add we’re always being monitored. Maybe we should change that.”