Leaders: Made or in the Making? 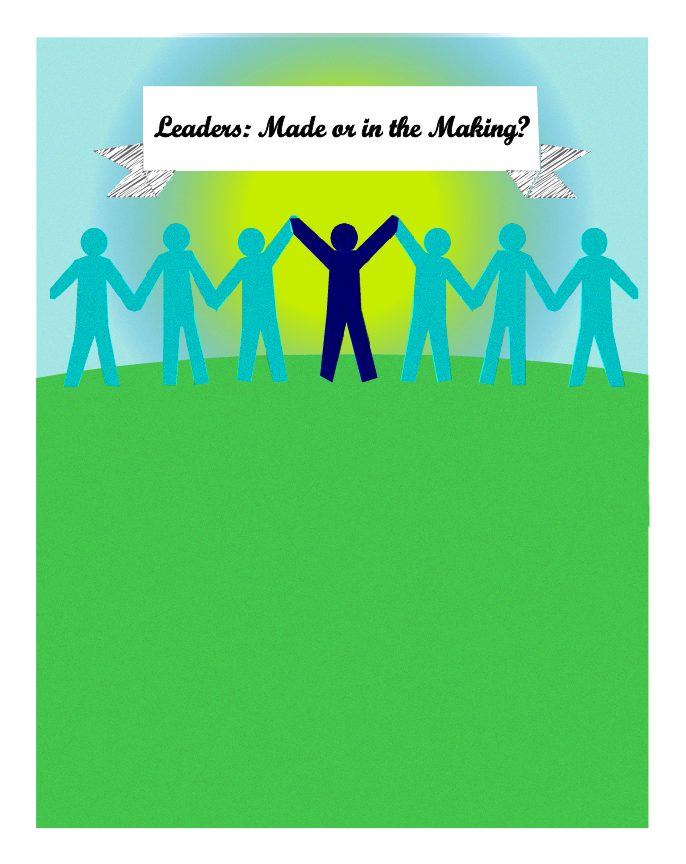 High school is a time of growth. Throughout high school, teenagers begin to develop identities, find their passions and learn the importance of responsibility. Although maturity often comes naturally with age, high school is a critical time for students to be exposed to role models and activities, which foster positive character traits. Many of the programs and expectations are led and set by parents and staff; however, students are also finding their own ways to influence and work with peers.

At Homestead, there are many student leaders who work to make changes in the student body. Despite not having the same experiences as adults, student leaders have reflected maturity and discipline well past their age.

Students often listen to the guidance of their teachers; however, arguably more often listen to their peers. Teenagers desire to listen to peers can be a bad thing, especially when it comes to bullying and pressure, but when peer influence is applied correctly, it can have numerous benefits for the student body and social environment at school.

“Being a leader at Homestead is really important because with proper leadership, you are a really good role model for other students, which creates a better environment,” Harper Harris (12), student, said.

Outside of the classroom, Harris plays a critical role in student government, serving as the group’s president.

“I do believe that student leadership is effective,” Harris said. “Students will most likely follow other students that they look up to, even over teachers sometimes because they can relate to student leaders more.”

If the school wanted to make the student government more inclusive and representative of the student body, they could consider informing voters on what student government actually does and allow students to share their ideas, rather than quickly leaping to elections, where students often do not know most of the names on the ballot.

Even though the student government appointment process and proceedings can sometimes be frustrating, there are also other student leadership positions that students can get involved in.

Apart from governance, students can be effective leaders in academic, athletic and miscellaneous clubs and activities offered at the school. From soccer to speech and debate, from philosophy club to Model United Nations, the vast majority of clubs and teams at Homestead are led by students, who are eager to make their own opportunities and foster cooperative relationships with peers.

If a student is passionate about a subject that does not have a club, they should consider starting their own club and being a leader by making the school a more enjoyable place for students.

The school prides itself with having student leaders for almost every extracurricular activity, but despite the successes of many student-led clubs, student leadership is not always successful.

Often, student leadership fails because of college applications. As ironic as it sounds, some clubs are only started for the benefit of bolstering college applications and senior club leaders may also lose enthusiasm as college applications are turned in. These events are natural, as students have busy lives, which can be difficult to balance with the extracurriculars they join, but for other club members it can be frustrating.

Over the years, many clubs at the school have failed due to lack of organization, so it is essential that student leaders are passionate or purposeful in their proceedings.

Despite the negative experiences with student leadership, it is undoubtedly an essential part of growth during adolescence, something that everyone should try at least once during the high school experience.