Why Avatar: The Last Airbender Is the Golden Standard for Storytelling 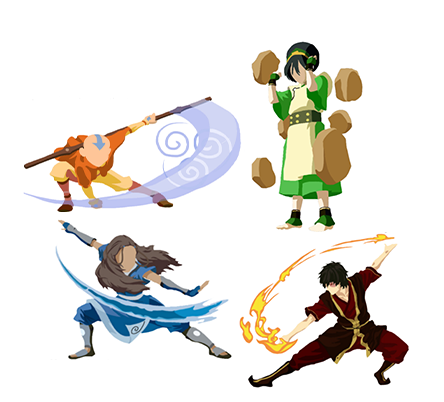 Over the nine month period that we’ve been spending in COVID nation, many of us have been forced to find new sources of entertainment. As a result, people have turned to old friends in Phineas and Ferb, Kim Possible, and Ben 10 in our states of constant and extreme boredom. A consequence of this attempt at escapism is that most of us have finally realized that old animated childrens’ tv show programming is the unspoken Holy Grail of modern media entertainment. Many have rediscovered Avatar: The Last Airbender, when it was put onto Netflix earlier this year, and most people have shown the show with praise for remaining at the same standard of quality that it was at when it first aired.

“I decided to watch it over the quarantine and I’m really glad I did. It was better than the first time through” said Hannah Shaw (10) on the subject of Avatar: The Last Airbender.

To understand why the show had such a profound effect on so many people, I looked for criteria that related to storytelling, and compiled a masterlist of what I thought was most important. The standards come from an amalgamation of Pixar, Michigan State University, and other academic sites and are then combined together to make a short concise list. This list is as follows:

FOCUSED CENTRAL PREMISE: a simple premise that is non contradictory with strong conflict

COMPLEX CHARACTERS: Three-dimensional characters that remain consistent and evolve at a believable pace
BOUNDARIES: story has to stay within a defined set of boundaries: one setting and one group of characters
STORY: criterion pertaining to the whole story
PURPOSE: why the story is being written

There are now five categories, each with individual points that must be met in order for a show to excel in each category.

Points are assigned based on importance and what categories are more forgiving if points are not met.
In this, conflict is essentially rated higher than any other component of storytelling. The reasoning behind that is that conflict drives story; so conflict is the most important part of storytelling. A lot more points are given to character development, because characters can make or break a good premise in stories. Here’s how Avatar: The Last Airbender would rank (spoilers).
FOCUSED CENTRAL PREMISE: a simple premise that is non contradictory with steady pace (3.9/4)
The show’s premise is simple enough to understand: the avatar has to end the Fire Nation’s war. At no point does the story contradict itself, and it keeps moving forward at a steady pace. It allows for ample time to set up plot points and lets the story evolve naturally. The only out of place plot point is The Great Divide episode, and is universally agreed upon to be the worst episode of the series. And even when you factor in that episode, the only reason the quality seemed lower than the other episodes was because it just felt more ordinary compared to the rest of the series.

COMPLEX CHARACTERS: Three-dimensional characters that remain consistent and evolve at a believable pace. SIDE CHARACTERS have to be fleshed out as well (5/5). This would not be a review of Avatar: The Last Airbender if it were not to mention the genius that is Uncle Iroh. He serves as a guardian for Zuko and is an important figure in the series. He, along with Azula, Mai, and Ty Lee are fully fleshed out characters with their own motivations and character flaws. They aren’t just there to further the main character’s agendas, and it genuinely feels like they believe that they are the main characters of their own stories. The showrunners have given every single character the same care and attention, and it shows.

Includes the PROTAGONIST who has to be rooted for but still has flaws (5/5). The protagonists make it incredibly easy to like them. The main four (or five, depending on which season), have relatable flaws and they manage to overcome them at a good pace in the run time of three seasons. Aang starts out as an immature child who learns that he can maintain his values even in times of stress. The deuteragonists, including Katara who learns to let go of her mother’s death without ever truly forgiving her murderer, and Sokka overcomes misogynistic tendencies and learns how to make use of his skills. Along with Zuko, who learns that he always had honor, and he unlearns the abuse that he faced at the hands of his father. Their evolution, through which they overcome flaws and mature, remains within the boundaries of their characterization.

Includes the ANTAGONIST who has the biggest reason to stop the protagonist and has to have human qualities (5.4/6). This point is more subjective than objective. It depends on who what a person believes to be the antagonist in The Last Airbender. Some say that the antagonist is Fire Lord Ozai, while others say that it is the Fire Nation. According to Google, the antagonist is Fire Lord Ozai, but this score had both ranked. Ozai’s character is a bit underdeveloped compared to the complexity of the other characters. There is no real character arc he goes through, as far as we can see in the series, other than through the relationship Ozai has with his father and brother. The Fire Nation is very well developed as an antagonist though, as can be seen through the intensive backstory between the previous Firelords and the Avatar. The score 5.4 is more of a combination of whether or not The Fire Nation or the current Fire Lord is considered to be the antagonist.

In the conflict between PROTAGONIST vs. ANTAGONIST both must want to win desperately (9.9/10). Much like part b on a math question is dependent on part a, this score depends on who the antagonist is. For those who believe the Fire Nation is the antagonist, every protagonist has something to hold
against the Fire Nation, and each side wants to win desperately. For each side the stakes are incredibly high, and the tension is raised periodically throughout the series as it nears the show’s end. If the antagonist is Fire Lord Ozai, the conflict tension lessens because he is a less developed character. But, this is forgiven solely on the fact that Zuko also counts as a protagonist and the conflict tension between him and Fire Lord Ozai is done really well. (20.3/21)
BOUNDARIES: story has to stay within a defined set of boundaries: one setting and one group of characters (3/3). Avatar: The Last Airbender takes place within its own world, and sets the limits on its worldbuilding and magic system early on. These limits make the story feel more grounded and down to earth, even when its inhabitants participate in what is basically glorified magic. A main cast of characters is clearly established once the story exits its exposition stages, and from then on they are the only ones that are constantly referred to in every episode. No side character is completely thrown as well, without a solid reason.
STORY: criterion pertaining to the whole story. Every single element has to change from beginning to end (4.9/5). It is not possible for a story to have every single element change from beginning to ending, but Avatar: The Last Airbender sure tries, and it succeeds. The score is a 4.9 only because there has to be things that don’t change and stay constant in every story.

Appeals to the human condition and corresponding emotions (5.7/6). The showrunners have managed to create a story in which all the characters are fully fledged people, and someone could be out there with those character traits. Of course, not all of us have lived through a devastating war, but there is something to be found in protagonists’ (and antagonists’) character traits. You might admire Toph’s stubbornness, Sokka’s intelligence, Katara’s kindness, Aang’s determination, Zuko’s honestly, and also sympathize with Azula, Ty Lee, Mai, or anyone inside the Fire Nation. As a child the show was captivating and really pertained to the emotions, but as a teen you might feel it just a bit less.

PURPOSE: has to understand the story’s own strengths (4/4). The showrunners fully understood where the show’s strengths were in the first couple of episodes, and completely laid into them. They understood that captivating characters and what they would do in certain situations is what drove their plot forward.

Perceptions of reality are challenged (0.5/2). A show does not have to challenge reality in any way for it to still be a good show, but in terms of storytelling it is a little bit true. Most pieces that include storytelling, like literature, film, and video game dialogue set out to challenge reality, but it is incredibly hard for them to actually get the reader to think beyond that. Is the idea of telling a story simply not enough to be a purpose to tell it? (43.4/45).
The final score for Avatar: The Last Airbender is not a 45/45 and no show, book, video game, or anything else that involves storytelling will ever have a perfect score. Avatar: The Last Airbender is still the golden standard for storytelling, meaning that a show does not have to be perfect for it to excel at what it does. No show is invulnerable to criticism but that should not discourage anyone from watching anything that seems to have a lower critic score. Frankly, nothing in a criticism would ever matter, as long as it’s not illegal and you’re having fun.