The Decline and Fall of Stone Amphibians 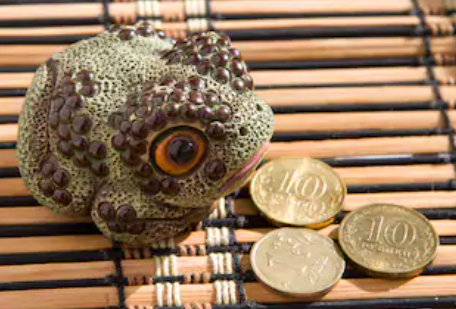 Sixty-seven percent of ceramic toads today are in ruin. The forgotten gnomes of our culture, these stone creatures suffer mainly two fates: decaying in the dusty corners of attics or bleaching under the blazing sun.

However, ceramic toads and gnomes stray little from each other. Both can be cute or utterly horrifying; both are fantastical garden decorations. Yet, ceramic toads’ place in American lives is slipping.

Growing up, I saw ceramic toads in each antique shop, each garage sale, and even on some patios. One, in particular, had a cement body adorned with mosaic stones and shining glass. Settled on an island of mulch, the toad was the queen of the flower beds, adding a perfectly human touch.

However, as mankind is a rather diverse species, it would be foolish to not consider the other types of ceramic toads, and in turn, personalities. For instance, the emotive, smiling toad, coined “Grandma’s toad,” stands out in one’s mind. The curving grin; wide, staring eyes; and abnormal body proportions all separate these toads from their peers. Despite their total weirdness, these toads are some of the most popular. Many find the ceramic amphibians’ peculiarity to be hilariously adorable. However, as seen by the name, these toads are part of a dying generation. As the grandmas of the world meet their end, so do the toads. Most inheritors of the stone creatures look in horror upon them. That is how a toad ends up in an attic. 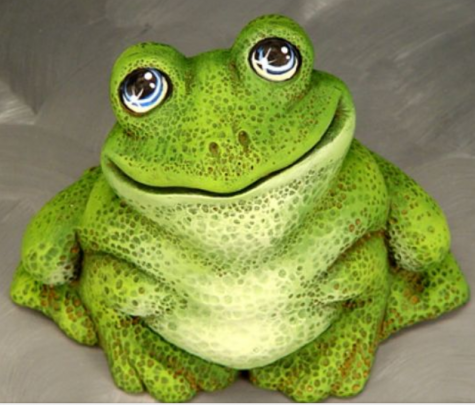 Another sector of ceramic toads are those which look almost like real toads. Possessing a myriad of earthen colors – brown, green, maybe even orange – the toads are nearly as obscure as their biological counterparts. However, the modge-podge glaze adds a luminescent shine that reflects the sun’s kissing rays. Some of these toads even have bumps adorning their stone backs like those of real toads.

However, the toads’ realness does not work in their favor. Though they are not as abhorred as Grandma’s toad, these like-like pieces of clay, like many, remain in the forgotten corner of society.

The one type of ceramic toad that succeeds in popularity are those that are round and pleasant. In the science of pottery, they are called “Rotundus Ador,” for humans’ positive reactions towards their prominent features. With large bellies, small limbs and bright, yet not creepy, eyes, these toads inhabit stores such as Michael’s, Target and Etsy. Even those who despise amphibians do not dislike the fat, happy stone toad.

It is important, at this point, to clarify the difference between ceramic toads and ceramic frogs. Yes, people often mistake these closely related creatures even in real life. However, a multitude of differences lie between them. For instance, frogs, on average, are faster than toads. Likewise, ceramic frogs are just as immobile as ceramic toads. Seriously speaking, ceramic frogs do possess a much different air than that of toads. Grandma’s Frog is nearly twice as horrifying as Grandma’s Toad. Moreover, there is no such thing as a ceramic rotund frog.

Nevertheless, I will take this opportunity to dissect a category of ceramic frogs that lies outside the reach of ceramic toads: Yoga-Frogs. As toads are round and stubby, they are unable to truly master this. Ceramic frogs, on the other hand, can execute the poses perfectly. Whether it is tree-pose or Sukhasana, these clay-creatures do it right. In fact, there is even a yoga pose called frog-pose.

Unfortunately, neither ceramic toads nor frogs seem to retain their place in society. Although their extinction could be considered “natural,” as it is just proof of their inability to survive in this changing political climate, the toads cannot be erased from human history. They are one of the few examples of human reverence.

For toads, unlike gnomes, seem to be real. Rather than mere figments of our imagination, the toads are our mimicked masterpiece. True, the elegance and vibrancy of a nature-born toad can never be achieved; but, by reflecting nature’s gifts, we are paying her a tribute for her indifferent, wild programming that has given us such a being.