Among Us: An Unobservant Person’s Perspective 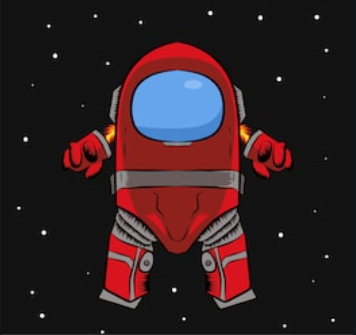 If anyone had told me at the beginning of 2020 that ostensibly the biggest game of the year would be a modernized version of the childhood classic “Mafia” with colorful astronauts, I would’ve thought them insane. 12 months into the year now, I am no longer surprised. Such is life.

What started out as a game that few knew about has become one of the most popular gaming sensations of the year, and it’s almost impossible to get away from it. It seems as if every other post on my TikTok “For You” page is an Among Us montage from a gaming Youtuber, and I realized how popular it truly was when Alexandria Ocasio-Cortez, one of the most recognizable figures in progressive politics, took part in a playthrough. There’s even an Among Us-inspired song that lurks nearly everywhere I go on the app. From that moment on, I realized I was missing out on the fun.

Among Us is a game in which there are ten players every round–one or two Imposters, the rest Crewmates. It takes place in a spaceship as it prepares to leave. In order for the Imposter(s) to win, they must eliminate the Crewmates in the round and sabotage the Crewmates’ preparations. For the Crewmates to win, they must successfully identify the Imposter(s) and eject them from the game. Any player can call an “emergency meeting” to discuss any eyewitness accounts and vote on who the Imposter is. When any player receives a majority of the votes, they are ejected, regardless of whether they are the Imposter. As you might guess, this leaves plenty of room for shenanigans.

As someone whose video game experience is shaky at best, I’m obviously very qualified to look into this subject. So, I took it upon myself to play the game and embark on my own personal journey in the world of Among Us. It is worth noting, however, that my experience relates solely to the mobile version of the game–my bank account neglected to cover a purchase of the actual online version. Thus, my view might be a bit limited.

First things first: I plugged my phone in. I wasn’t altogether surprised to see how much battery the game used, but it was still disconcerting. I made a spot for myself in front of my charging station and began to play.

I spent the first 10 minutes in utter confusion. I didn’t know which type of game to choose, and every time I tried to choose an online one with clearly fewer than 10 members, the game told me that round was full. I finally figured out that I had to join when there were around 5 members so as to reserve my spot. Problem solved.

It was an act of karma that my first game, in which I had no idea what to do, was the only game in my journey in which I was able to be The Imposter. Of course, I promptly squandered my chance when I “vented” and someone reported me, easily voting me out and ending the round (“venting” is an act of hiding that only the imposter could do). I was frustrated, but I still trudged on.

As I became more familiar with the game, I found myself enjoying it and understanding the hype. I fell into a rhythm quickly, and I, with my astronaut comrades, successfully voted out The Imposter in each of the next four rounds. It was fun to create my own community with the other players in the round and, I have to admit, equally fun to sabotage the budding investigation whenever I was feeling mischievous.

After my experiences playing it, I can definitely see why Among Us is appealing. Especially post-quarantine, when social interaction still seems to be at a minimum, the idea of such a social game has symbolic significance. In this world, it’s nice to be able to connect with other people online and bond over the common thread of trying to find the imposter in the midst.

I was glad to be able to experience this game for the article. Although I will likely not play it regularly, it was still a nice getaway in a very stressful time for me. I would recommend it especially for those who are feeling isolated and craving some community time. I guess there are some good things that can come out of 2020.