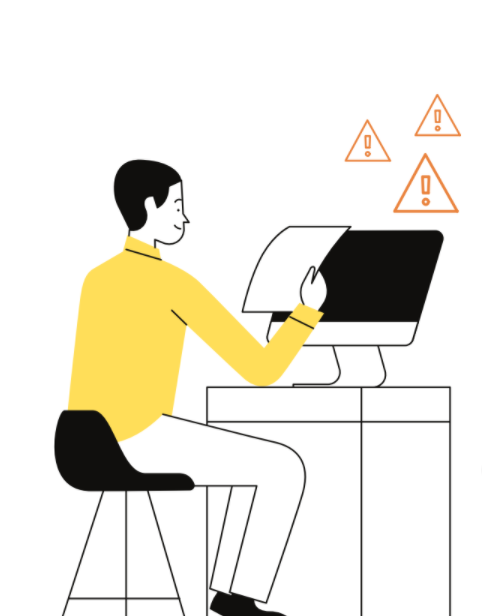 It’s a testament to 2021 that being bored is kind of a rarity, especially since the creation and consequential popularity of Tiktok, Instagram, and Snapchat that simply exist to fill the void. In a year of unexpected twists and turns, Tiktok’s universal appeal has led to the resurfacing popularity of Omegle—yet another app to fill the void. Omegle is the modern day Russian Roulette in the sense that once something traumatizing is seen, the game is instantly over. A user can log onto the website and video chatting service and be matched randomly with another user, although you can narrow it down with certain search tags. It’s a very quick game that’s also really easy to lose.
Any casual internet observer remembers the nascent website’s popularity in the Internet Golden Age of 2014-2015. It became a trend for popular Youtubers to do the “Omegle Challenge,” or to meet people online and engage in strange—sometimes legally dubious—conversations. What resulted were hilarious compilations of the meetings, often underscored by the inherent awkwardness of meeting strangers through an online chat service. For a while, Omegle seemed like it would only reappear in the darkest spots of the Internet, until a few Tik Tok creators popularized it once again. Since the website’s resurgence, however, we felt it necessary to take a deep dive into the dark world of Omegle.
Created on March 25, 2009 by a young Leif K-Brooks, Omegle was intended to be used as a way for people to meet outside of their normal social groups, a sort of melting pot for introverts. Nearly twelve years later, Omegle is now used for gaining clout on social media or to see your favorite Internet persona. But, as we’ve stated previously, the chance of meeting someone worth talking to is miniscule.

The good news for anyone frequenting Omegle chat rooms is that they are monitored to some extent, but most of the responsibility falls upon its users to protect their identities. Additionally, text chats are saved in Omegle servers and kept for at least 120 days. Webcam images are often stored in Omegle servers as well. As anonymous Omegle claims to be, it’s not anonymous enough to keep someone completely safe.

That being said, we decided to document an excursion of our own into the dark side of Omegle to see how long we would last in Russian Roulette. It took all of five minutes to lose the game, but there were plenty of memorable moments into just a brief excursion into the wondrous world of Omegle.
The first person to appear was a young child who quickly turned to berating once he realized that I had not talked within the first five seconds that we connected. There seemed to be another child with him, but only one chose to show their face. In the moment of shock I had while I realized that I had just been bullied by a 7 year old, I promptly disconnected.
Unfortunately the next person I connected with, a man with Tik Tok led lights, seemed uninterested to talk to me. He had a shocked look on his face, which only hurt me a little. I promptly matched with a girl with a red screen and had a conversation about her moving to Austin, Texas from California. That was our one and only conversation topic, and I was confused as to how we spent nearly thirty minutes talking about it.
I had an interaction with a man who appeared to be an Elvis cosplayer, which I somehow did not realize when first meeting him. The clearly-dyed black, glossy hair and white suit apparently weren’t enough to convince me, and I definitely blame myself and the forces that be for this. We stared at each other in confusion, and it was clear that he wanted me to recognize who he was; I was unable to for the time being. He huffed and promptly ended the chat, and only after did I think about the incredible conversation that might have been had—namely, why an Elvis impersonator was on an online chat service waiting for people to recognize him. I have no choice but to believe that this was some sort of social experiment.
The next couple of conversations were uneventful, but fully appreciated. Surprisingly, there were a lot of people who lived in Nordic countries and wanted to know my opinion on the inauguration. They were more the type of people who were only on Omegle because they were bored. It was heaps better than the last time I was on Omegle, when I was losing Russian Roulette every few minutes.
The best experience I had that evening was when I talked to a Naruto cosplayer. It was honestly some of the most engaging conversation I had in awhile, disregarding the fact that I had never watched Naruto. She was the last person I talked to that evening, and it was a good note to end my excursion on.

Omegle is a dark place, where you might sometimes meet good people if you’re lucky. Being bored is a rarity, but finding a quality platform to spend it on, makes free time worth it. It all depends on how you define quality, and although Omegle has a couple diamonds, it is completely buried by the pure filth layer one must sift through. We do not advise an excursion on Omegle, unless one is particularly bored. If you do decide to venture into Omegle, be safe and be aware.