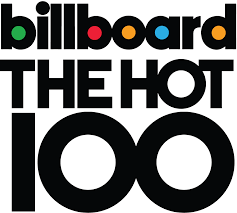 Ever since the fateful day of August 4th, 1958, Billboard has been regularly updating the popular Hot 100 list. It started out as a simple music magazine but as its popularity grew it switched to having an online presence as technology progressed. By taking the number of sales, streams, and airplay into consideration, any song regardless of its genre has a chance of making its way onto the list. It also serves as a way to validate the work that got artists onto the list in the first place and can also give new artists a push into stardom.

For the people who are not music artists or looking to get into the profession, it’s also a way to see where the national interest in music lies. And after the rough few years we’ve had, I wondered if our music taste has gotten any better as a country. For those as interested in our collective music tastes, I’ve taken on the responsibility of listening to the first top ten songs on the Hot 100 and ranking them based on how good they are so you don’t have to. I know that a lot of us haven’t visited the site in a while. Personally, the last time I visited it before this article was when my parents still forced me to use a booster seat in the car.

So for your pleasure (or displeasure), here’s my top ten ranking of the Billboard Top 10:

I’m not sure what Dua Lipa put into this song when she was making it, but it is criminal that a song could be this good. The music is mesmerizing and her vocals are otherworldly. Funnily enough, this song came out in 2020, and yet it has persisted till spring of 2021. It’s very impressive that it’s lasted this long and even more impressive that I did not cringe at the use of ‘sugarboo’.

Is it a bird? Is it a plane? Nope, it’s Bruno Mars, seemingly returning from his five-year-long hiatus (hopefully for good if we’re lucky). It’s also Anderson .Paak, another delightful artist. Their voices blend together so well, it’s honestly strange that they only just started Silk Sonic. This song is probably going to be a classic in the next few years and I for one am excited for that.

There was a time when people thought Lil Nas X would be a one-hit-wonder. This song single-handedly proves that he is not. The music is repetitive and interesting enough that it never gets boring, but it also gets strangely hypnotic. For anyone trying to study for their finals but procrastinate too much, I recommend just putting this song on loop. It works wonders.

This doesn’t really have anything to do with the song, but I’d like to take a minute to talk about the cover art of this single. Just… why? What would possess you to make art like this? I can’t say that the art didn’t singlehandedly influence my decision to put it this low, but I can’t say that didn’t influence my decision at all. It’s all a part of the overall experience. Anyways, the song itself is really solid, Doja Cat has a really good voice and SZA is legendary. It’s also super catchy, which is never a bad thing to have in a popular song.

5. Save Your Tears – The Weeknd ft. Ariana Grande

Ariana Grande and The Weeknd honestly make a really good duo. Both of their voices compliment each other pretty well which is sort of a surprise. I don’t think I ever expected it to sound as good as it did. It’s mainly up so high because I really like The Weeknd’s music in general.

Now I wasn’t really sure what to do about this one. I’ve never heard of this song in my life, although that might be my own ignorance. It was number one when I was looking at it too so I might be offending someone for putting it at number six. It’s not as high up as the other ones because it’s not really my taste. It feels lackluster, but it’s not bad.

Kind of boring; what you would expect from Justin Bieber at this point. Daniel Caesar and Giveon are pretty good in it. I’ll give Bieber one thing: it’s pretty darn catchy, which is a staple of almost every good song he’s ever sung. And honestly what else do you need to make a song successful?

It’s a good song, and even better when you realize it’s the first one that made her big. It’s only this low because I don’t understand why this is still on this list when Deja Vu came out and completely outshined it. She is genuinely super talented and I can’t wait to see what else she comes out with next!

Cardi B is best listened to when not thinking.

10. Astronaut in the Ocean – Masked Wolf

I have to admit: I wrote this article for the singular purpose of talking about this song. Simply put, it is an abomination, and probably comes from the same dark place that Dance Monkey came from. Every time I hear this song I have a physical reaction to it like the default Apple iPhone alarm. The lyrics are completely nonsensical and seem to have zero meaning. No wonder the artist is from Australia, he’s got it all upside down.

After listening to these ten songs and making incredibly valuable commentary that was very much needed, I have concluded that my music taste fits about half of the songs that are on the Top 100 list. Better than I thought it would turn out, honestly. I hope that this article has been educational and that you have learned a little bit more about both my and the country’s music taste. And although you might not need a booster seat to ride in a car anymore, know that if you’re truly at a loss for what music to play, Billboard, sometimes, has your back.