Get Me Out of Here!: How to Escape an Escape Room 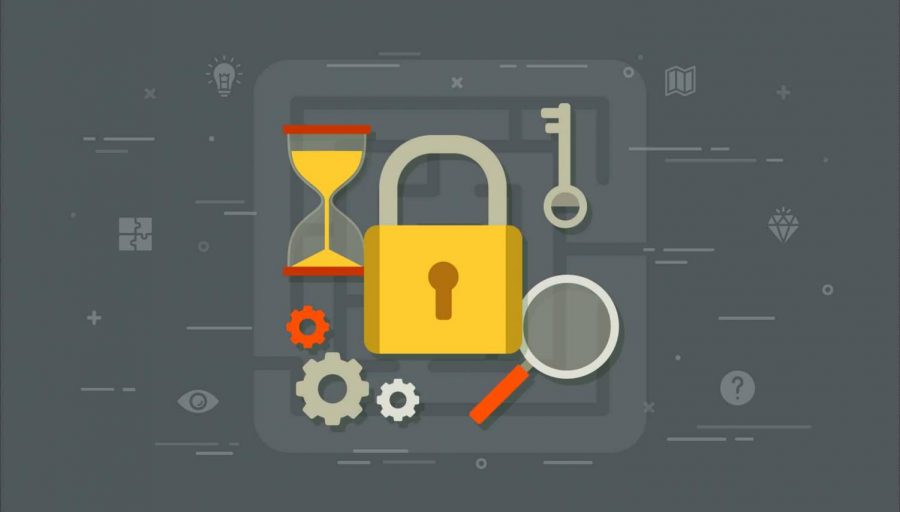 So, you’ve decided to attempt to escape an escape room. You may have been in or even escaped a room before, but how do you ensure a victory? In short: you don’t. But here are a few tips and tricks that could help you escape before the time runs out.

The average person should be able to figure out the puzzles, so you won’t need any outside knowledge. Escape rooms are meant to be fun, and if you read into potential clues too much, you will just end up wasting time and slow the flow of the game. If you can’t figure out a puzzle, move on! There’s a good chance that the missing piece hasn’t been revealed yet.

Sure, it’s fun to try and solve a room on your own, but you are given hints for a reason, and if you want to actually escape, you’re going to need them. Although, you don’t want to overuse them, as you might have a limited amount of clues to complete the room. Come to a conclusion as a group to use one when you do! You don’t want to be stuck on the last puzzle without a clue.

Your game master is the person in charge – giving you hints if you are stuck, or helping you along if a puzzle does not work properly. Their entire purpose is to help you, and make sure everything is running smoothly. On a similar note, if there is a warning telling you to not touch or move something, don’t touch or move it! The game master put it there for a reason. You don’t want to be that one guy stuck messing with a pile of fake intestines while the rest of the group is actually being useful.

Everyone split up! The more people looking at different items, the more likely you’ll find the clues you need. To save time, make sure you communicate what you find. Communication is key if you don’t want to spend invaluable time looking at a puzzle that someone has already solved or found. Look for clues under tables, under rugs, in pockets of clothes, under other easily moved items, and other simple places! Everything you need should be within arms reach, so don’t look in things like ceiling grates or other dangerous places.

Both before and during the room, organize your belongings. Don’t bring unnecessary items that restrict your movement and make it harder to escape. Most likely, there will be a place to put your belongings before you enter, but if not, you do not want to be stuck with a bulky bag on your person while, say, trying to escape handcuffs or crawl through a small space. Also, once you use a key or clue, keep it with the lock or puzzle it goes with, otherwise you might waste time trying to use it a second time. All clues and keys are typically only used one time, so there’s no need to keep carrying them around once they are used.

Make sure when inviting people to escape with you, you have a group that will work together well and can communicate what their findings are! Before the room starts, consider assigning roles to people to help move things along. For example, assign someone to be the person keeping track of where all potential clues are in the room, so if someone finds a certain lock or puzzle, they would know where that clue is and vice versa. Have someone else solve that puzzle, while the others are continuing to look around for other potential puzzles.

7: Know Your Locks!
There is a good chance your game master will cover this for you before you start your room, but if they don’t, there are a few common locks in escape rooms: padlocks, numerical locks, letter or word locks, and directional locks. Padlocks are unlocked by some sort of key. Numerical locks are unlocked by entering certain numbers, and letter or word locks are solved by entering certain letters or words. Directional locks can move up, down, left, or right to be solved. They are a little more tricky, as they can have many different combinations, so be careful. If you can’t get a lock to open, have someone else retry the passcode you entered, just in case!

There are some common codes used in escape rooms as well, including morse code and pigpen. While it may be handy to know these before entering the room, it’s by no means required, as everything needed to solve a puzzle would be supplied to you in the room. Keys to these codes, if needed, should be somewhere in the room, like on posters, or in manuals.

9: Don’t Ruin the Experience For Others!

When you are in the room, don’t take pictures of the room or harm the decorations. People after you will use the same room, and will want the best experience possible. They will not be able to have that if answers to their room are spoiled online, or if their room is physically broken. You may also be liable to pay for any damage you cause to the room as well, so be careful.

The whole point of the room is to have fun, and if you are too focused on winning the game, you won’t have as good of an experience. At the end of the day, it doesn’t matter whether you win or lose, so don’t beat yourself up over it if you do end up not completing the room! You could always try again, and the game master will explain the puzzles you didn’t have a chance to complete if you would like.

Overall, the main point of an escape room is to have fun and challenge yourself. As long as you do both, it will be a success! Good luck on your future escape room escapades!